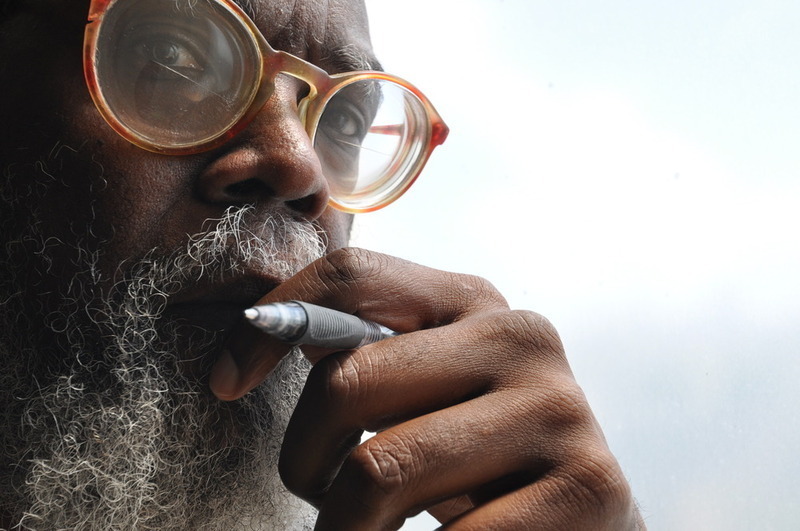 who would you be, if you weren’t who you are?

“most people want younger,” he eyed me with bemusement, but i did not respond to his provocation. “but then you are not like most of our clients.”

i knew what he meant. one, i was african american. two, although on the cusp, i was not yet in my fifties. three, i wasn’t looking to be exotic, or trans-race, or exceptionally gifted physicially--well, actually, in a way, i did want to be a bit more exciting. average is ok, but, you know shorter or taller than normal might be better. but then, i don’t know, and i guess that’s what it is, i want to know something else. my new self doesn’t have to be a special something else…

“your tests results were excellent. you’ve fulfilled all the requirements and then some.” bob was chattering on. i took another sip from the room temperature goblet of wine. it was an excellent sherry. “may i call you arthur?” i started to say something that might vaguely sound smart like, “sure, bob, arthur or art, is fine,” but really it wasn’t fine, or i mean it would have been fine but i have never been an “art” or even “arthur” for that matter. so i said nothing.

my recollections reeled back to my ex-wife. even at our most intimate moments sandra called me by a contraction of my surname; i will always remember: “kenny my legs are wide open and my coochie’s dripping wet, just for you, baby.” but she never screamed nor got wild; i think she was making up that thing about being so wet just to con me, especially after that tryst with royce, which, as hurtful as the affair was, didn’t really lead to our break up because basically we were broke up before she started stepping out…

“frankly, i’m intrigued by your high verbal scores that indicate a philosophical bent. most of the people i see are so average it’s almost boring--please, disregard that last statement. i’m afraid this wine has clouded my judgment. it is entirely unprofessional for me to say anything about any of our other clients, even to generalize. nevertheless, i am intrigued. your undergraduate degree was in theological studies but you went on to earn an mba, top of your class and have spent seventeen years at the bureau of labor statistics. it’s unusual for a person to score higher on these verbal tests if they are not in a field that requires, well, you understand, i don’t mean to make you uncomfortable, i’m just admiring your test results. theology and philosophy are siblings, but add in business and statistics. frankly, arthur, you are an unusual man.”

bob’s steely blue-grey eyes focused on me with an unwavering gaze as though i were a picasso he was trying to decipher. i remember peeping at him while we were auditioning bodies. he didn’t flinched when i wondered aloud: “why would these people volunteer to… ummm, to trade-in their bodies.”

i wondered whether the models were aware they were on view. “self sacrifice is not unusual for the benefit of one’s family. were it not for our generosity to these donors, we could offer this service at much more affordable price point, but frankly, i think it is better to charge those with disposable income than to exploit those who are financially challenged.”

i could have chosen to be any one of them, or so i was told, “but,” and i had surprised myself by boldly offering an opinion in the form of a question, “why would any man want to become a female?” i choose not to be personally offended that there were women sprinkled among my candidates.

without even a hint of sarcasm, bob quietly retorted, “there are many of us who feel trapped in the body of the wrong gender. we at nu-life advancement  don’t judge the etiology of desire, we serve to help our clients achieve life lived to the fullest. over and above our commitment to our clients, philosophically,” at that moment bob had paused and softly rested a hand on my shoulder before intoning, “one could ask a fundamental question: what is wrong with becoming whomever we want to be?”

bob’s expertly manicured nails gleamed in the candle light as he waved away the waitress who was holding a water pitcher to top off his glass. “art, i sense you have a question.”

a non-refundable, hundred fifty thousand tab was not so expensive considering that one got a whole new life, except... “suppose, once i’ve made the switch, if i’m dissatisfied, can i obtain a second switch?”

bob smiled cryptically, well, not fully smiled, just sort of barely opened his mouth and clasped his hands with forefingers extended, brought them up to his lips, and then rested the tips of his fingers on the tip of his nose before clearing his throat. “nu-life advancement has a policy of non-serial transfers, meaning, second transfer are prohibited. this is why our selection process is so strenuous. we don’t accept everyone who wants a life transfer, nor do we always perform a client’s initial choice. we once had…” bob inexplicably paused and looked away.

bob cleared his throat a second time. “actually, i’m not supposed to engage this line of questioning. our policy pro…” bob abruptly halted. folding his arms as he leaned back in the booth. “i can’t…” he sat up straight.

i could tell he was stalling, waiting for me to interrupt him, but i had read the book on negotiating. i knew to say nothing. absolutely nothing. let him work it out. even if he said he couldn’t, i would say nothing and just wait. i didn’t look down or away, i stared him in the eyes, besides in this dimly lit lounge, neither of us could clearly see the other person across the table.

“you understand what i’m saying?”

i waited. didn’t move a muscle, no lick of the lips, no nod of the head. nothing. i just looked and waited.

bob reached into his coat jacket and took out his fountain pen—the pen he called his “contract” pen. i remember his ritual: “a signing should be done with an instrument befitting the seriousness of the occasion, hence i use a monteblanc. you know there are not that many of these in general circulation anymore.” bob tapped the pen lightly against his palm.

“mr. kennedy we once had an african american female who wanted to transfer into a white male. although she was otherwise fully qualified we declined. after we declined she threatened to sue. bottom line, he/she now works for us.”

was he saying what i thought he was saying, which was that bob had once been a black woman? i mean that’s not what he said but that was just the feeling i was getting, especially from the way he doodled on the pad with the ink pen. drawing a circle and then slowly filling it in. i wanted to ask a plethora of questions, but, holding to my plan, said nothing. didn’t even act like i heard him.

bob slowly screwed the cap back on his pen and gently lay the pen down next to the small notepad on which he had been noodling. “mr. kennedy do you have any other questions?”

i just looked at him. and then he folded his hands atop the table and stared back at me.

“hearing no further questions, once you sign…” bob reached into his brief and pulled out a paper. “this is a release form. remember, the contract you signed previously gave you a two week wavier period during which, for any reason whatsoever, you could change your mind and be fully released from your contract with nu-life advancement with no penalty whatsoever.”

bob placed the single sheet of paper before me. there was only one short paragraph printed on the nu-life advancement stationary.

“this is your acknowledgement that you have not changed your mind and that you hold nu-life advancement harmless should the procedure turn out other than you expect.”

bob proffered me his pen.

“take this home with you and read it at your leisure. if, for any reason whatsoever, you do not wish to sign, simply return this release to us unsigned and we will refund your payments. we at nu-life advancement understand that this is the single most important decision you will make in a lifetime. we want you to make this decision without any compulsion or pressure. if you have any questions, please ask them. if you feel any hesitancy, we understand. do not. i repeat, do not feel you must sign this release. if you do not want to proceed, if you feel uneasy, or just have a premonition that this is not what you should do. please do not sign this release.”

bob’s steely eyes were boring into me the whole time he mechanically unreeled his spiel. it was almost like he was challenging me to stand down. i looked at the paper. who was i kidding. i’d come too far to turn around now. i took the pen from bob and signed.

bob gently retrieved the signed release, spun it around, extended his hand asking for the pen. after i gave it to him, bob signed the release in my presence.

“we will mail you a copy of this release.” and then bob put the paper back in his case, screwed the top back on his pen and smoothly replaced the pen into his inside breastpocket.

bob rose, extended his hand to shake. i firmly clasped his hand. “thank you, bob.”

“how does it always go? here’s the release.”

“robert, this is unbelievable. that’s what, the third one this week? one hundred fifty thousand a pop. what people won’t pay for physical enhancement.”

“it’s advancement, not enhancement. we are not some hollywood surgeon firming up tits and lipo-sucking stomachs. we are personal development specialists who help our clients achieve a higher state of life through physical and mental advancement. we are selling dreams, fulfilling desires, everybody wants to be more than they are. we’re just offering a process for our clients to achieve…”

“everybody has a right to be the person they desire to be. robert, that was great ad copy you wrote.”

“i didn’t write it, i stole it. mind you wants because someone wants your mind.”

“i grew up in d.c. used to be one of the few whites at clinton’s p-funk concerts. one day my father pulled me aside: robert, son, you are attracted to all those eccentric people—how many of those whom you follow live a good life after they reach fifty? i couldn’t think of one of my musical heroes who was over fifty—even clinton has lost most of his music publishing, so in that sense i no longer admire him. i can hear my father now: ‘son, it’s ok to enjoy yourself, but please think about your future. don’t end up penniless in your senior years. there’s nothing hip, as you call it, about being old, poor and uncared for’.”

“for sure you’re not poor.”

“poverty is boring—i have no intentions of ever being poor. simon, send mr. kennedy to barbados for his procedure. he’ll die happy.”

“robert, you are a genius.”

“no. i’m not a genius. it’s just that so many people are dissatisfied with who they are. for a fee, we help them out of their misery. they think they’re getting a new life, and in a way they are. it’s just not in this life. after all, who knows, there may indeed be life after death.”