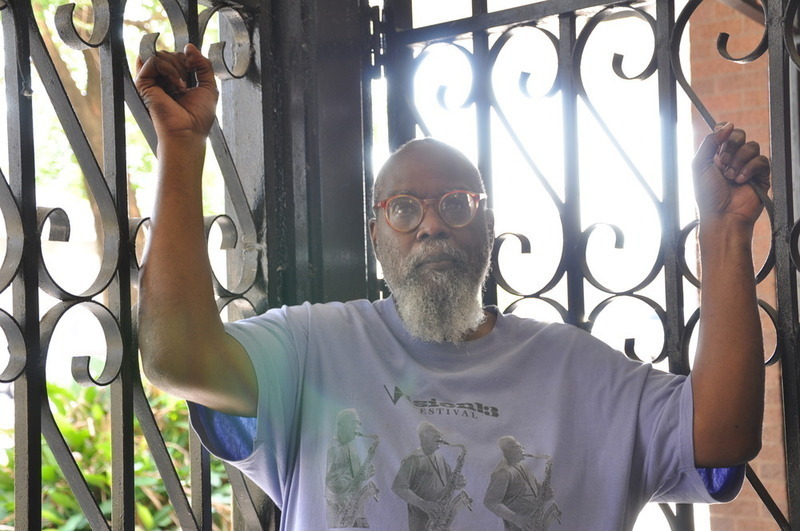 What Took You So Long?

We've Got To Have A Video For This. Meaningless As They Be, Here Are The Images--All We Did Was Round Up All The Usual Suspects: For these young-stars, while the weather never was cold, the "forties" always were. Plus seems there was always this one cutie who could blow smoke rings out her thing. Toke a big blunt with her labia major, and puff a thick blue cloud of chronic. No shit. The first time she did it in front of Eazy all he said was "whoa, now dat some bomb ass pussy!" (I'm telling yall all this shit so you will know the context. This is the expository part of this story where I do the detailing. Wax and shine the ride and grease down the cow hide. Gas it up to full and bump the tapes up past ten on the 14-inch speakers in the Alpine system.)

OK? Got it? Are You Suitably Distracted? Confused? What Did That Naked Woman Have To Do With The Story? Oh, I See You're Getting The Picture. You Were Looking At The Picture With The Sound Sense Off. OK, Now Cut The Tee-Vee. Ignore The Video. Listen.

So Eazy and Tupac sayz to each other:

EAZY: Yo bitch, how I know I'm alive?

TUPAC: You don't, unless you die.

EAZY: You mean I got to die to live?

TUPAC: No, I mean you can't prove you lived unless you die.

EAZY: And so what happens when I die?

TUPAC: One of three things. One. You meet God and the Devil and they decide which one of them two mothafuckaz is your old man and who is going to own up to you for eternity.

EAZY: You mean my mama don't get no say so about this shit?

EAZY: You get to see what you did?

EAZY: Oh, I get muthafuckin options?

TUPAC: I don't know, I'm just speculating on how a nigga be making it after he done passed on.

EAZY: This some of that Panther shit?

TUPAC: Nigga talking to you is like talking to a brick except you ain't even solid enough to build nothing with.

EAZY: I know this bitch-ass momma's boy ain't tryin' to bag on a man. Yo shit so weak til the last bitch you fucked charged you with sexual harrasment AND YOU GOT CONVICTED, motherfucka!

EAZY: This ain't school. You ain't no teacher. You just mad cause I know how to read ya.

TUPAC: Alright, alright. Option two is that after this shit play out, that's all she wrote. You had your little fifteen minutes of fame and now it's all over.

EAZY: That's wack. If this is all there is, I want my money back cause I been jipped.

TUPAC: Option three is that this shit is a cycle and we come back over again.

EAZY: What you mean come back?

TUPAC: You get born again but instead of being a gangsta, you come back as a bitch.

EAZY: I know you trippin'.

TUPAC: Nigga, why you got to reference everything with your dick.

EAZY: I ain't got to. It just feel better when I do.

EAZY: So how you goin' out?

TUPAC: Like a man, mothafucka. However it come, I'm going out like a man. My boots on, looking the bullet dead in the mothafuckin eyez. You know what I mean?

EAZY: OK, like I got to bounce. I got some beats and shit to put down in the studio.

TUPAC: Nigga, I heard some of that shit. That shit sound...

EAZY: It don't matter to me how my shit smell to you, what matter is that muthafuckaz buy the shit I do.

TUPAC: Represent and get paid.

TUPAC: I been thinking about getting out of the being real biz and getting into some real fake ass shit. That way I get to play hard on the screen and then live soft on the titty for a long ass time. Instead of making five records and then having niggaz saying "Tupac who?" I'm thinking of jumping off into film and shit. I can make movies til I'm sixty-two and people will still dig my shit. Kind of like that muthafucka John Wayne.

TUPAC: Not even with your dick. I'm just saying homey, I been thinking...

EAZY: Yeah, you done got philosophical as a muthafucka since you took them bullets in yo ass and done a lil time in the clink. Tell me, you ain't got but one nut left.

TUPAC: My one weights a ton, and it's twice as heavy as both your pebbles put togetha. By the way, howz your boyfriend?

EAZY: Nah, there you go. You know you got that shit assbackwardz as usual. That's yo boyfriend and my ho...

TUPAC: After we gone, what do you think they'll say about us?

TUPAC: You know, all them magazines that be writing about what color toilet paper we use and when was the last time yo mama sucked my dick on the beach.

EAZY: Nigga, I know you don't believe none of that shit.

TUPAC: Well bitch, I hate to be the one to tell you, you got the claps cause you done been fucked so much, but all you got to do is look around and it's plain enough to see how these muthafuckaz are profiting off of you and me. If we go straight they picture us in white. If we be real they picture us in black. No matter what we do, they sell our picture.

TUPAC: No, Eazy, what you mean is you still don't want to be no whore, but as long as you selling to make a living, you tricking and whoring. Why you think we making all this money?

EAZY: Nigga, you talkin' some bitch shit. I'm gettin' paid cause my shit is the rage and everybody like the way Eazzzzyyyy does it.

TUPAC: Eazy, you dumb as they come, but you still my nigga. After you gone, I ain't never going to forget you.

EAZY: Pour a sip on the curb, shout out a good word for the gangstaz like me and you that stayed all the way true to the real of gettin' fucked, gettin' ducs, and doin' whatever the fuck we wanna do. Peace out, muthafucka. And besides who gives a fuck what happens after I'm gone?

TUPAC: Word. And Eazy, if I get to the otherside before you do, I'ma keep a warm seat at the welcome table, a cold forty in the box, and a light on the front porch so your sorry ass can find your way back home.

EAZY: Yeah, you do that. Meanwhile, I'm outta here.

So Eazy slid into a coma, and even before he eased out of here, his peeps was fighting over his shit. Who would get what? They couldn't hardly bury him straight behind all the lawsuits.

For a minute the magazines talked about AIDS and the radio advised safe sex when getting laid. But only for a minute and then the 24-7-365 was on again. Because in the muzak biz, the death of a star only makes more room for the wanna beez. And the hungry ones just keep on coming, keep on scheming, keep on dreaming.

The seduction of glamour and gangsterism is real. The high of being invincible, of dodging death and indulging every desire. Living large enough to make a cartoon out of life is the bomb, until it explodes.

Tupac was no fool. Undisciplined--maybe, self-indulgent--surely, and even ocassionally willfully crazy, but nobody's fool. He could see the moving light headed his way from the far end of the tunnel, and though, every now and then, he couldn't help thinking aloud about turning around, he just kept on trucking. He had shook hands with death before and still had all five fingers to prove he knew what he was doing. He was a fighter and a survivor and real men don't cry. So he sucked up any regrets and kept on stepping.

Everytime the light inched closer towards him, some other kind of good shit would happen to make Tupac disregard the upcoming collision.

God, he loved Iron Mike. The way Mike never let nothing keep him down. And Suge, that nigga is so for real. He covered Tupac's back and had a limo waiting out front when he made the bail.

Inside of Tupac's head the party was in full effect: Did you see how Mike smoked that dude in the first round? And look whose driving me around, the president and me. Two multimillionaires... the light blinded him this time as death took a firmer grip. When four bullets said hello, there was no place for Mr. Tupac to go except to step off into the void of the great beyond.

So when Tupac got to the other side, the first person he saw was Eazy-E and Eazy said to Tupac: "What took you so long?"

And Tupac, still a little dazed from the suddeness of the trip, haltingly replied, "I was having second thoughts about living."