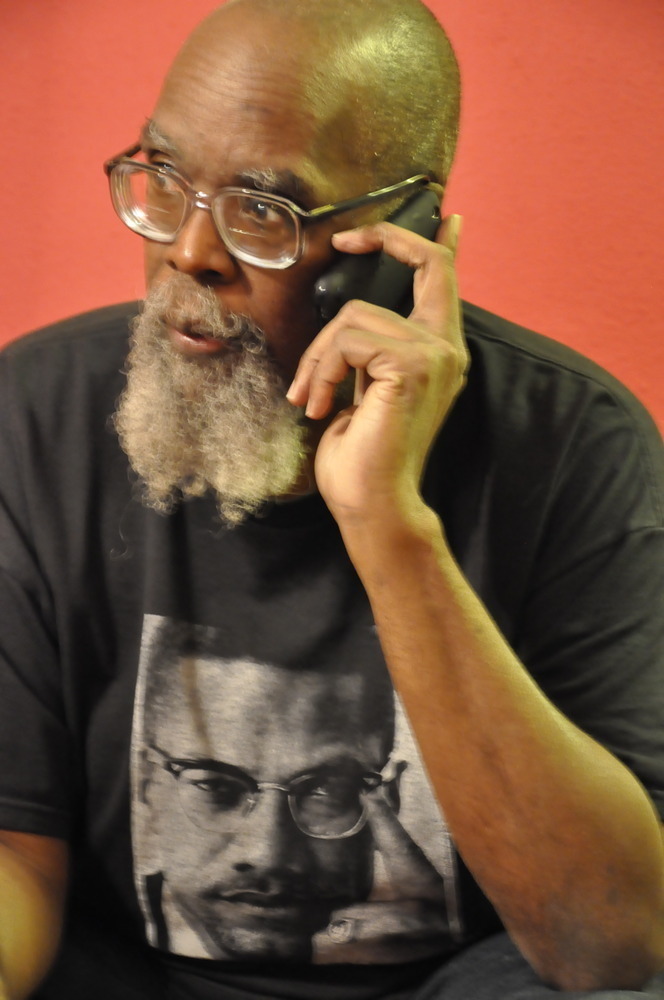 "Don't look at me that way. I tried to warn you. I told you, 'don't love me.' You would not listen. I'm a cardinal, just a red flash through the dawn and then gone. Morning breeze disappeared at noon."

I remember those words. The sound of the words. The way you spoke. The purse of your lips when you were thinking or silently asking for a kiss. Wide lips. Big lips. The taste of your breath. The aroma of your words. You were that close when you said them. I smelled each exhale of syllables.

Like when we were sucking on those crawfish and you were telling me they tasted O.K. but they weren't worth the mess of cracking open those muddy red crustacean shells. I tried to tell you the trick was to suck them rather than rip them open.

You opened your mouth and laughed. You opened me and laughed. I could see your teeth, your tongue, your gums. The palate of your mouth. The half chewed pieces of crawfish. Your laugh. Then you closed your mouth, smiled, leaned over and kissed me, the salty flavor of the shellfish still on your lips.

I wonder how I tasted. Once you kissed my genitals. No, it was more than once, but I remember that specific "once". Just like that "once" when I hit a high fastball home run further then I had ever swung before. Although we had no fence and the ball was being chased down by Pop-pee with his strong right field arm, I still didn't even have to run. I trotted and clowned slowly around second base backing into third watching Pop-pee pick up the ball and knowing, no matter how strong he was, he couldn't get the ball all the way home before I shuffled across the plate. I'm not a fast runner but that's just how hard, how far I had hit that ball.

You laughed in my groin, coloring my pubic hairs with the paint of your smile. I got hard like long ago when I was at the Golden Pheasant Lounge dancing close with Inez who told me, "if you don't hold me so tight I can move better."

I didn't and she did. I don't remember what music we danced to but I remember her hips and the locomotion of the ocean. I was in way over my young head but didn't care.

The closest I ever got to the red bird was fifteen feet or so, and then it was gone a streak of red ribbon in motion. I grabbed your arm once, not meaning to stop you or pin you down or anything, but just to momentarily delay you. As hard as I held you, tight like my bat, I still hit nothing but air. Even though I held you I completely missed you. You hissed like the swish of the bat fanning the air and the thick thud off the ball burrowing into the catcher's mitt. Or like a snake warning me you didn't stand holding.

I think all I really wanted was for you to look at me, admiringly, just like I looked at that ball shooting off high into the atmosphere off my bat, which I still held in the tingle of my left hand, the wood's vibration massaging my palms. When I hit it I could feel it.

Inez hardly seemed to be moving. I looked down as best I could at her pelvis, at her hips to see what she was doing but I could not see anything. No motion that suggested how she extracted the excruciating pleasure her subtle unseen motions were awakening in me. The warmness in my pants, the throb, and the absolute let down of the three minute record ending an hour too soon. The rest of the night sitting around the table talking, they drinking beer and me drinking a soft drink. All of us taking turns dancing, although Inez was not my girl she had rolled on me and taught me not to hold too tightly.

Sure enough, I call you three days later, or however many minutes later and the sound reverberates around in emptiness because there is no you to receive it. Your ear is not there to catch my call.

The telephone wires don't care. The cardinal's red is so strong that even after it is gone I still see red. I once saw the dull red blotches on the edge of the sanitary napkin you had folded and thrown into the dark brown trash can in the bathroom. The blazing red of the lipstick you threaten to wear just to tease me knowing I don't like the taste and feel of lipstick on my lips or yours. The vermilion red of your blood the time you cut yourself. The emergency red of the pain of you almost doubled over suffering the cramps the same day I saw the leavings in the trash can. The succulent red of that watermelon and its translucent red juice dripping down your chin. The off-red of your gums, and of course the moist fleshy red of the inside of your vagina. The indistinct red of your eyes one night when you hadn't had much sleep in two days. The primary red colored ticket for William's party that neither of us went to even though we were both invited. This was before we got together, and before we broke up too like the way one pulls a round loaf of bread apart. The messy red of the pizza sauce with the sliced tomatoes and the brownish red of cooked bell peppers on it. Some of it stained your sleeve. Common red at the stoplight when you were in that borrowed car and took off with the wheels spinning and smoking I imagine, but because I was inside the car grinning at how you reveled in the power behind the wheel I didn't see the rear wheels raising up.

What other red was there? I can't remember. The cardinal is gone. "Don't love me," you said even though you never directly said those words. What is this the twenty-eighth time I called you. I don't know. You don't know cause you're not there to answer, or if you're there, you are not answering.

Red is such a different bird color, you always remember a red bird. You remember the way it flew. And fire. Van Gogh with his hand in the flame ready to settle for seeing her only as long as he could hold his hand in the flame. Gordon Liddy in prison scaring hard timers with his ability to hold a cigarette lighter to his arm and let it burn. The red of the flame burning hairs on Liddy's arm. And burning skin on Liddy's arm. And burning flesh on Liddy's arm. And burning up the blood on Liddy's arm. And the other hand, Liddy's other hand steady holding the flame steady. Not just standing the pain without a hint of what was going on reflected in his eyes, in fact holding a conversation about something he had read earlier in the day. Some of the hard timers dodging his eyes fascinated by that flame burning up that arm but more fascinated, and, if the truth be told, not only fascinated but also frightened by those eyes that were somehow disconnected from that arm. Any eyes that were not part of the body not only could not be trusted, but that body could not be trusted either. He probably could cut his hand off and throw it away with the other hand while steady talking about the weather or the cost of airline tickets going up. Liddy's other hand steady holding that flame, keeping the tab on the lighter depressed so the flame wouldn't go out, so the flame would burn his arm up.

What is this, the thirty-ninth time? Really it's the last time even though I don't know it's the last time. I'm still thinking I'll see you. You never know when you'll stop looking for the red bird, but you do. Soon the memory is not red. Soon? No, not soon, but eventually.

It was almost evening as I remember it and the sun was going down. The sky was rouged on the horizon like a cardinal streaking cross the edge of the world. I guess you're not going to answer me are you, even though I keep calling you long, long after the red is gone.