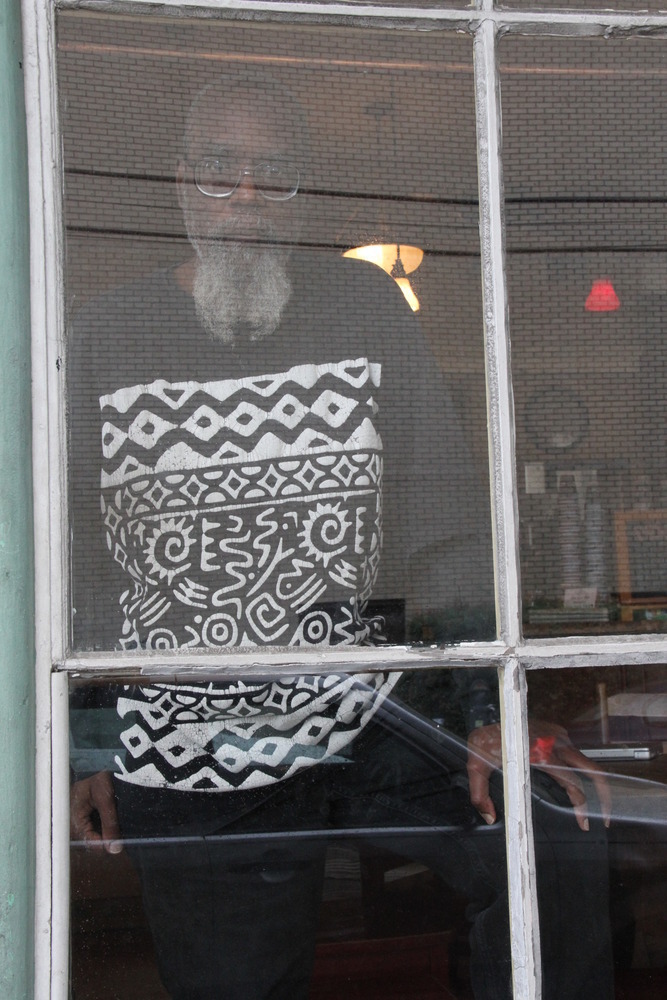 (you get used to it)

they used to call me brownie—clifford brown. i don’t have a name now, at least none that any of you can translate. i guess you can call me the spirit of brownie, except that’s so limiting and in the spirit world there are no limits. can you understand be everywhere all the time at the same time? never mind. this is about to get too out for you to dig.

when the accident happened, i had nodded off. i mean the ’56 pennsylvania crackup, not the one in ’50 that had me hung up in the hospital for a year. dizzy came and visited me, encouraged me to resume my career when i was released. not that one. instead i mean the big one where i woke up dead.

max and newk, they were in the other car, which had gone on ahead. so when they heard we had died, well, maxwell really took it hard. i guess because he knew richie’s wife shouldn’t have been driving because richie had only recently taught her how to drive—recently like a matter of weeks.

but when max, who was six years my senior and had seven on richie, tried to intervene, richie sounded on him. you know how we young cats asserting our manhood can run guilt trips, “max. max. why you always treating me like bud’s baby brother? i play as much box as earl does, more, ‘cause bud is so inconsistent, and me, i’m always there.”

which was true. he was on time, all the time. “plus i arrange and compose.” and he would touch his thick glasses in a disarming gesture that belied the stern words he was declaiming. “i’m a grown man, max. a grown, married man. i got a wife, a woman, a life, a man. why are you second guessing me on who can drive and who can’t drive? why you treat me like a boy?”

it was such a drag, such a drag seeing youngsters straining to act so old. but you know, like richie was carrying a gorilla on his back. what with richie tickling the ivories and being the younger brother of earl bud powell, the reigning rachmaninoff of jazz piano. i bet you if my older brother played trumpet and was named dizzy, i would play bass or drums. but then again, being who i was, what choice did i have but to play what i played or else not play at all? no one chooses to be born who they are.

but anyway, max, max starts drinking to get drunk. and drinking and drinking. no even tasting the liquor, just pouring it in trying to kill the pain. richie’s gone. his wife was gone. i was gone. max is whipping himself like a cymbal on an uptempo “cherokee”—ta-tah, ta-tah, ta-tah-tah, tat tah! and newk, newk just disappeared, was up in his room, standing in the middle of the floor, going deep inside himself trying not to feel nothing.

max was in his room drinking and crying, crying and drinking. and newk, in a room above max, was silent as a mountain. i had to do something, so i played duets with newk all that night. all night. we played and we played. and we played. all night. i was willing to play as long as newk was willing and newk stayed willing all night. it was like he was a spirit too, but that comes from being a musician. when you’re really into the music you get used to going into the spirit world all the time and bringing the peoples with you. that’s the real joy of playing, leaving this plane and entering the spirit world.

as much as me and newk played that night, that’s how much max drank and cried. finally, i couldn’t take it no more and i had to appear to max. i stepped in the seam between worlds. i was like translucent. that was as close as i could come to having a body but i was solid enough for max to peep me, and i spoke… well not really spoke, kind of sounded inside max’s head while i was shimmering in the shadows of that gloomy hotel room.

“max, it wasn’t your fault, man. you can’t live other people’s lives. you’ve got to sound your own life.”

i couldn’t find the words to tell max how it was. we all live. we all die. the force that people on earth call god, gives us all breath but also, sooner or later, takes that breath away. in time, god gets round to killing each of us. whatever we do in between, we do or don’t do.

and max starts bawling even louder, talking about how i was too good for this world, how my example helped all of them clean up their particular indisciples. he was moaning, you know, crying and talking all out his head at the same time. crying pain like a man cries when he’s really broke down.

if i had still been alive i would have hugged him but i was dead and that’s why he was crying. so finally, all i could do was tell him the truth. “hey, max, it’s alright, max. it’s alright. get yourself together and keep playing. i’m cool where i’m at. it’s alright!

the next morning, when they left, max and newk got in the car and didn’t say a word. for the rest of their lives they never talked to each other about that scene. we all have different ways of dealing with death, even those of us who are dead.

and there it is. life is always about decisions and consequences made within a given set of circumstances. you can’t change the past. you can’t foresee the future. all you have is the clay of today to shape your existence. no matter what particular condition you are in, you can only do what you can do. you can only go with the flow of where you are at, and work hard to blow the prettiest song you can conceive. that’s all any of us can do in however many choruses we get the chance to take while we’re alive.

besides, believe me, death ain’t no big thing. you get used to it, after a while.

Short Story by Kalamu ya Salaam