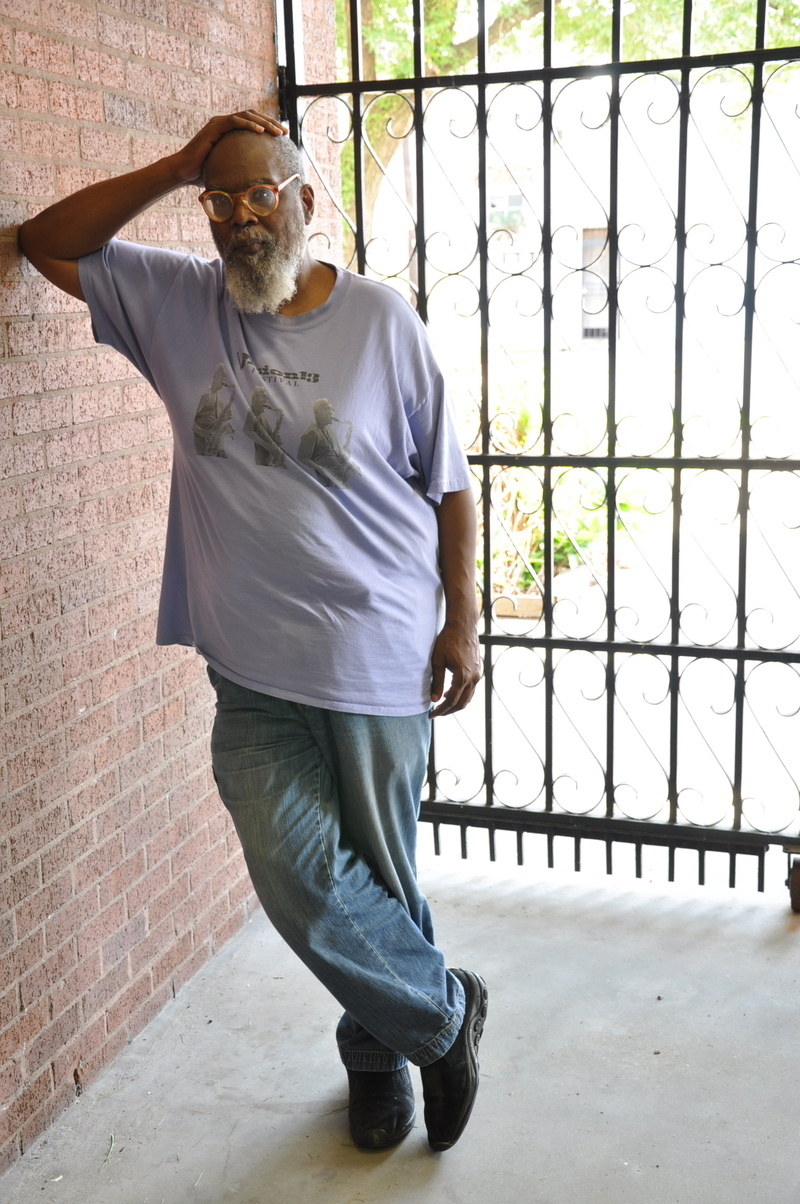 time is a funny thing

there have been times when i found myself with literally nothing i could do like when i would sit at a stop sign for what seemed hours trying to figure out how to straighten out the mess i'd made of my marriage, tayari alone with our five young people & me alone at a stop sign, & eventually i just crawled on--it's not like i was the only man who had ever stumbled at that specific crossroads but when i was there the sun shone all night & i saw no one's shadow but my own forlorn form tangled in the rocks & weeds of my emotional life, & although then was years ago, occasionally i am still shook by an invisible hand, it could be when i pause in mid-embrace as i hold a comrade from back in the days i haven't seen in quite a while & they hurl me into a time machine when they innocently ask with a sincerity so certain "how are tayari & the kids, they must be grown now?"

there have been times when i felt i was drawing my last breath & about to bankrupt the bank, especially that sunday morning we went to face down the klan & the night before those hooded ones goose-stepping around garish flame cross light had shot at police in algiers without being arrested which we knew meant targets were pinned on all our chests but we had to go to high noon, such poot or get off the pot days give men & women no choice, & then there was the helpless waiting to exhale of the pulse pounding pause on the unforgettable creaking bus stuck to a motionless stop like a lamb patiently awaiting a slaughter somewhere in the middle of nica. libre between rama and managua, the u.s. armed contras on the other side of the hill, hard working people softly mumbling spanish prayers & attempting to hide anything that might call attention to themselves at the bottom a half mile or so from the peak & no sandanista soldier rescuing cavalry anywhere in sight, & me frankly more worried about the photos & taped interviews i might loose than about whether i would die & yet at the same time after having heard gunfire in the nights i was acutely aware, as fred sanford was fond of seriously joking, that this could be the big one, the one where the bullet singes your skin without a so much as an excuse me

there have been times i paused to count the endless ripples on a lake, to note the shape of each leaf on a tree so tall my myopic eyes could not clearly see the top, to merge my being with the azure luminosity of a spring sky, raise my closed eyes to sun warmth & be clearly seen by any passerby as i stand swaying in the breeze mindlessly enjoying the great goodness of nature's beauty

there have been times i have been so harried with details & overwhelmed by minutiae i must have looked like rockerfeller's accountant around tax time, dragging myself home mentally exhausted, nia reminds me i started to snore during the month we crammed in a half year's worth of work within six weeks when we did the jazzfest posters in 1993 & have not been able since to shake that sleeping disorder

there have been times i've shared with people events which are now noted in history, our names engraved into the consciousness of both friends & foes so audacious was our doing, we were the flesh levers which moved social mountains, the meaningful moments whose significance sometimes can only be read in hindsight because at the time we were just going with the flow doing what we did & such doing just seemed as right as warm rain & inevitable as darkness following sundown

there have been times when i have made statements so stupid there must have been a poltergeist in my mouth misguiding my tongue, i remember one utterance & each time i remember the cruelty of those words i pause & apologize, a friend was going for her phd at the same time she was dating this man she hoped to make her husband, a hope most of us recognized as a longer shot that a three legged horse beating secretariat in a derby run, but still she was proud of both & in one twisted indiscreet swoop i flung assassin words across a room: "yeah, then"--meaning when she got her phd--"then, you can buy a husband," oh the demons of disorder danced that night i'm sure, my only consolation is that i have not unconsciously done anything as callous as that since, & though i know each of us has been awarded an asshole of the month award for some act whose erasure is fervently desired, knowledge of others fucking up does nothing to dim the blemishes on the resume of my own heart

likewise, there have been times when i've made my ancestors proud, particularly my enslaved african ancestors who courageously & creatively figured ways to squeeze banquets from mustard seeds, times i've proved to be worthy of the sacrifices, guidance, love & understanding showered on me by the union of degreeless first black lab tech at va hospital-new orleans, big val ferdinand, whom friends lovingly called "ferd" with the preacher's daughter, quintessential third grade school teacher, inola, my physical & spiritual earth parents, & most significantly times i've caused a child, i've both fathered & inspired, to stick their chest out or cry joy tears to know that their flesh was connected to mine

but that's the way of the world, one day the weight of my big body will be light as dust, blood gone to rain, spirit gone to ghost, then the meaning of my life will be only in the quality & effects of what i did while traveling through, what creations i birthed, what constructs i destroyed or transformed, i will be measured by what i have meant to others & to the overall health of the earth, those nodes are not just mine but indeed are the arc of each generation & every individual, no matter how each of us consumes our time allotment, chewing cautiously deep in rational thought or wolfing the chow down, savoring the taste of each moment or swallowing several mouthfuls as swiftly as we can, fasting or being gluttonous, focused or totally random, the reality is our matter is only a mere morsel in the mouth of galactic motion, what does the sun care what we do with our little piece so small, so overall futile a wrestling with fate & destiny attempting to shape something significant from the brief ticket we purchase in this crazy lottery of living, only people care & that is the sole true way to identify one's humanness, do we care about being here & care about everyone & everything we encounter in time

time is such a funny thing, whether you think about it or not, whether exciting as tongue kissing an exquisite taboo or boring as olive drab painting of army equipment for the 300th repetition, regardless of what we don't or do, the funny thing is that time is a changing that is constantly the same, is both totally silly & movingly profound, is the depth of blue & the velocity of red, the density of black, the blankness of white & the spectrum scale of all the grays in between, no matter how big a ripple we cause plopping into the cosmic pond eventually the lake's face recomposes into smooth placidity, whether we spill piss or perfume, deposit tears or blood, no matter, the planet receives them all just the same because in the end, just as in the beginning, they all & we all, everything big, little, short & tall, equally slip right on away, ain't if funny?