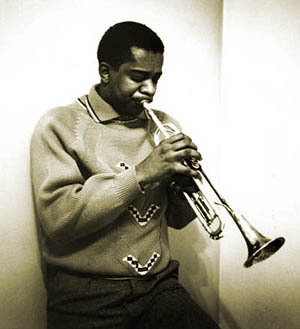 
Some of us used to call it “blue collar jazz,” i.e. jazz aimed at the working folk, people who liked to have a good time in joints, taverns, bar rooms, and assorted other drinking emporiums where the music was part of the overall ambiance. No concerts here. No genteel audiences quietly listening. If the folk dug it they let you know it; they danced, they shouted “amen” (and other more secular epithets of approval). I guess you could label it as party music, music for the good times.

No surprise as dancing and having a ball were literally a foundation of early jazz—a New Orleans secondline is not a concert performance! On the other hand, jazz has always had a strong concert element. The dancers and the listeners have long had strong opinions about what jazz is or should be, and they were often at odds with each other.

Coming out of the sixties, the effort to popularize jazz took an internal split that is not often acknowledged. Far too many assume that Miles Davis was the man who popularized post-Civil Rights modern jazz with Davis’ infusion of rock elements into his music. But there was another trumpeter and within America’s Black communities he was even more popular than Miles. I know the elevation of Donald Byrd over Miles in terms of R&B-influenced jazz sounds like heresy, but if you check the Billboard R&B charts or the playlists from Black radio of that period, you’ll find a lot more Donald Byrd than Miles Davis. Indeed, ask Blue Note what was their highest selling recording from that or any other period of Blue Note’s famed position as the all-time premiere jazz label.

Would it surprise you to find out that Herbie Hancock played piano in Byrd’s group before joining Miles? Can you believe that John Coltrane recorded more with Donald Byrd than with Miles Davis?

Donaldson Toussaint L’Ouverture Byrd II was born in Detroit on December 9, 1932. Historically, Detroit is not only a major city in modern jazz history, politically it’s the mecca of black working class politics. Given his roots, the direction that Donald Byrd took with his music is no surprise. Moreover, Byrd is a scholar of the music. The son of a Methodist minister, Donald Byrd graduated from famed Detroit’s famed Cass High School, completed his bachelor’s degree in music at Wayne State University in 1954 and a master’s from Manhattan School of Music. He taught as a professor of music at Hampton New York University, Rutgers and Howard University. At the same time he was successful in academe, he also had a rich career as a hard-bop trumpeter before pushing on into fusion jazz.

Although I like both aspects of his playing, he made a higher mark with his fusion experiments than he did with his straight ahead outings. He really deserves a lot more attention than is usually accorded to his career. I’m just as guilty as anyone else; were it not for Mtume including “Cristo Redentor” in this week’s classic mixtape, I might not have thought to do a Donald Byrd mixtape.

Hear my attempt to rectify Byrd’s omission from the general list of jazz greats. This mixtape is an audio definition of blue collar jazz. The cover demonstrates two aspects of Donald Byrd’s wide ranging interests. One, he offers us a peek at Black history and two, he makes sure we understand that he sees this music as functional, i.e. dance music, and not as music solely to be contemplated in silence. Also, check out that the color palette is red, black and green, the colors of the Black Liberation Movement. It is important to note that the Mizell brothers were the producers. Alphonso “Fonce” and Larry Mizell were (surprise) products of the Motown machine. Fonce was part of the team that wrote and produced the early Jackson Five recordings including “I Want You Back,” “ABC” and “The Love You Save.” The Mizell production team, which included a former classmate, Freddie Perren, also did stellar work for flautist Bobbi Humphrey, organisst Johnny Hammond, saxophonist Gary Bartz, L.T.D. (“Love Ballad), and A Taste of Honey (“Boogie Oogie Oogie”).

The Donald Byrd connection is not only Detroit as home base; both Mizells were students at Howard (Fonce studied music under Byrd, Larry majored in electrical engineering). The combination of Donald Byrd and the Mizells was a potent force in seventies jazz. 3. “just My Imagination” — Places And Spaces (1975)
Here is a roller-skating take on The Temptations hit song. This is precisely the kind of song that soured many hardcore jazzheads in their assessment of Donald Byrd. There’s nothing particularly noteworthy in terms of musical development but it fits right in with the summertime radio format and that was Byrd’s aim.

What is significant about Donald Byrd that other jazz musicians were able to match was Byrd’s comfortable fit into this genre. Byrd is not simply slumming or playing down to his audience. Donald Byrd is actually and intentionally producing music for the freeway and the roller rink, for picnics and just jiving around—not to say that it’s necessary for every musician to produce this kind of music, rather I think it’s noteworthy that when Donald Byrd chose to, he could do produce pop music that was actually popular and not just popular sounding.

4. “Design A Nation” and “Think Twice” — Steppin’ Into Tomorrow(1974)
This is my favorite of Byrd’s funk albums. One of the major reasons I rank it so high is the fluid alto saxophone solos by Gary Bartz. And for sure folk under thirty will relate to Erykah Badu’s version of “Think Twice.” I particularly like the sophisticated changes in the song which are innovative in a pop context.

There is often the temptation to pass this music off as light compared to some of Byrd’s more hardcore jazz efforts as if producing strong popular music is easy. Many jazz musicians tried to produce popular jazz fusion music but none were as consistently successful as Donald Byrd. 5. “Eldorado” — Blackjack (1967)
6. “Night Flower” — Free Form (1961)
These cuts represent both the apogee and the tail end of Byrd’s hard-bop period and as such give us Byrd on the cusp of turning to fusion. This is jazz, elegant, swinging, lyrical everything one enjoys in a good hard bop jazz recording.

On “Eldorado” the band is Sonny Red on alto Hank Mobley on tenor, Cedar Walton on piano, Walter Booker on bass and the instantly identifiable Billy Higgins on drums.

“Night Flower” is a precursor to Miles’ second great quintet period. Trumpeter Byrd is joined by Wayne Shorter on tenor Herbie Hancock on piano, Butch Warren on bass and Billy Higgins on drums. This is a totally beautiful exposition of an original jazz ballad. Just the kind of music Miles mastered yet here Donald Byrd is presenting two of the major factors (Shorter and Hancock) in Miles’ ascendancy before they joined Miles. Herbie’s piano accompaniment and gentle solo accurately prefigures what he was shortly to bring to Miles. As for Wayne Shorter, his solo is killing. Wayne was already a monster accurately building on Trane’s lyricism and Sonny Rollins’ sense of form.

When someone refers to a jazz song as “pretty” this is exactly what they mean. 7. “Chant” — A New Perspective (1963)
“Chant” is from the same album that produced “Cristo Redentor.” A New Perspective illustrates another aspect of Donald Byrd. He pioneered using spirituals in a straight ahead jazz context and also was influential in encouraging the use of choral voices in jazz. Here the choral arranger is Coleridge Perkinson. The band is Hank Mobley on tenor, Donald Best on vibes, Herbie Hancock on piano, Kenny Burrell on guitar, Butch Warren on bass and Lex Humphries on drums. The musical arrangements are by Duke Pearson. Were it not for Black Byrd, which came nearly a decade later, A New Perspective would have been Byrd’s crowning achievement.

A trivia note: tenor saxophonist Hank Mobley would go on to hold the tenor chair in the Miles Davis band between John Coltrane and Wayne Shorter’s tenures. If it seems like I’m overemphasizing the concordances between Miles Davis and Donald Byrd that’s because Miles has gotten for more recognition and I want to make sure Byrd gets the credit he deserves. 9. “Rock And Roll Again” — Steppin’ Into Tomorrow (1974)
Ok, this is the one. This is my favorite funk jazz cut. The tempo is just right and Gary Bartz is outstanding, the spoken word interlude by Donald Byrd is philosophically on point and the doo wop background tickles me no end. Oh, by the way, the whistler is James Carter. I just love the whole thing. Brings a smile to me every time.

THE MAN WITH A HORN

Donald’s version of “Just My Imagination” – which I’m hearing for the first time as I type this – is all sorts of weird: schlocky, schmaltzy and cheesy, and yet, interestingly arranged, creatively conceived and, all in all, well done. Good or bad? I don’t know.

“Black Byrd” is the shit, on some ol’ “laying out on the sofa like it’s back in the day” type of vibe, but we already knew that. “Design A Nation” is creamy like butter and so is the original version of “Think Twice.” I’d been listening to Erykah’s version for some time before I realized it was a cover, and actually, when I did find out it was a cover, it was only because of yet another version of “Think Twice,” this one by Jay Dee (AKA J. Dilla) from his ‘Welcome 2 Detroit‘ album. Dwele’s on vocals on that one and it’s almost as good as the other two versions. The first time I heard the Donald Byrd version was a revelation though. The arrangement is so much more intricate; and then you get Marie Evans’ vocals floating lovely in and out. Very sweet. I like all three. Maybe I should hit y’all with them next week. But what else would I say?

Now “Eldorado” is on more of a straight-ahead vibe that I’m digging. Then there’s “Places And Spaces,” which sounds like an outtake from War’s ‘All Day Music’ LP (that’s a compliment…a big one) and, what can I say, Donald’s the man. The only track I really don’t like is the Rock and Roll funk whatever thing at the end. Sounds like a duet between ’80s-era Earth Wind & Fire and Najee or somebody. Other than that one, thanks for the tracks, Baba. I’m digging ‘em….